The Opposite of Silence

Silence about sex has been on my mind the past few days in reaction to a bunch of comments I read online about David Carradine's death - a very sad thing indeed. He will be missed. There seemed to be a preponderance of the keep silent (out of respect, etc.) viewpoint. Let's not talk about how he died. But every now and then someone would be brave enough to step forward and say - but we need to talk about this.
When I was a teenager, I never got a chance to talk about sex with anyone. My family didn't talk about it. I didn't have any friends that I was comfortable enough with to talk about it (and none of my friends ever seemed to talk about it in my presence so I wonder if I wasn't the only one living with this culturally-self-imposed prohibition.) I didn't have a "trusted adult" to talk to about it. I just didn't ever talk about it. But it was ALWAYS on my mind. And there was no internet to turn to for information.
Not talking about it unfortunately became so ingrained in me that despite twenty-seven plus years with my husband, I still find it very difficult to talk about sex with him - but I'm trying desperately to change that. I now can write about it. I now don't seem to have a problem talking with other people who don't have a problem. But bringing up the subject, talking with ease and openness is still hard. Hmmm. I seem to feel like I'm muddying the waters. 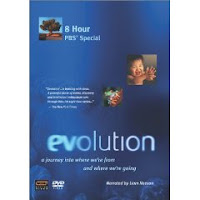 Yesterday afternoon my not-quite-sixteen year old son came home from school and was telling me about a movie they watched in science class. They watched the PBS Evolution Show 5, Why Sex?
It obviously made an impression on him. But what I was most amazed at was his ease with talking about the subject with me. He talked about the bonobos "penis fencing" and songbird adultery and commented on how silly the "obviously staged" human sex scene was. There was none of the hesitation I've always felt when talking about the subject of sex. Never in her life did I ever have a conversation like this with my mother. And yet, while he was able to talk about it with relative ease, I found that I was holding back in the conversation. I wanted to mention the Museum of Sex exhibit that I saw earlier this year. But something stopped me. And I'm still trying to put my finger on why. It was a "teaching moment" that I let pass by.
It's hard to fight back against behaviors that have been a part of life forever (or fifty-one years in my case) - but I keep trying. At times I think this blog is a form of public self-therapy - all my musings and ponderings. I've tried very hard to not back away from the difficult topics while at the same time not being ... so totally in your face with information. But I have always preferred in your face to silence.
This morning I read a wonderful Carol Queen column at SFGate.com titled "Goodbye, Bill (or, Asphyxia)". It was an honest, non-sensationalist view of the situation, and I appreciated it immensely. People don't want to talk about this shit - for all sorts of reasons. But, it needs to be talked about. Last year we had a kid in our town die this way, and the only way to know that was to read between the lines. Privacy and all that. I love what Carol Queen has to say - go read the article.
Silence subjugates truth more thoroughly than out-and-out censorship. Silence allows shame to get the upper hand. And shame destroys and corrupts.
So, with that, I think I'll go take a walk and ponder what tomorrow's blog post - my stop on the Spicy Summer Sundays Blog Tour - will be. I promise it will be fun. Sometimes I hate that I feel compelled to write these heavy duty posts. But if I didn't, I'd be silencing myself.
Posted by Erobintica at 9:23 AM

Thanks for the link to Carol Queen's column, Robin. She's certainly at ease talking about sexuality--I once attended a showing of a film called "Faces of Orgasm" (starring among others, Bill Noble) and Carol was going to lead the audience in a group orgasm, but my husband and I had to leave cause of the babysitter. I assume no macrame was involved. But I totally agree, the idea that you shouldn't mention weird stuff and the fact it might be fun might do more harm than good for an unlucky percentage.

I so love your thought-provoking posts--don't stop! Speaking about sex honestly is at the heart of erotica writing. And becoming more comfortable with ourselves, knowing ourselves. And of course it's hard to talk about sex with a partner, harder than writing about it for strangers. There's so much more at stake.

We were discussing geographical differences last Sunday, and it seems in terms of education, your son is getting a more enlightened exposure to the topic than I certainly did in my East Coast childhood. My 13 year old was reminiscing about his sex ed class this year, which was excellent. The teacher is an openly gay man, btw, but an obvious feminist (or humanist as I prefer to call it). He had no issues letting pleasure creep its way into the lesson. It led to some interesting discussion at the dinner table.

Anyway, my son was reminding me today of the fact the students had to learn to shout sexual words--scrotum, penis, glans, vagina, etc--as part of the "sperm game" where they'd run around the room tracing the path of a sperm on its way to fertilizing the egg. Part tag, part antidote to shyness in talking about sex. It might sound weird, but after you do that, how hard can it be to use the words in other settings ;-)?

Here's to education and speaking out--each step forward is a victory :-).

I for one want to offer sincere support of your writing and sharing these "heavy-duty posts" if you feel so moved, Robin. In this case I found interesting and appreciated what you said, but in general I offer that support simply because I support what serves.

It also occurs to me that simply your recognition of something that has obviously affected you so significantly throughout your life is actually a profound step. It is almost impossible to address things in us, especially unconscious patterns, if we don't see them. There is generally a reason we don't see them — somewhere along the line a defense mechanism was established because something seemed too difficult for a part of us to handle. So seeing these issues in us is already a step to challenging their unconscious power over us. That is not an easy thing, as I bet I don't need to tell you. Congratulations. Seriously.

"my son was reminding me today of the fact the students had to learn to shout sexual words--scrotum, penis, glans, vagina, etc--as part of the 'sperm game'"

Wow. That seems so amazing to me. What a cathartic-sounding exercise. Actually, perhaps it would be for many adults, whereas perhaps at that age it's not cathartic yet because it doesn't need to be but rather is, as you implied, more preventative or preparatory. Wow. I really feel so impressed and heartened by that.

Thank you for sharing, Robin (and Donna). See you tomorrow!

I agree with Donna and Emerald in support of making "heavy duty" posts. I too sometimes delve into the heavier considerations of life, both on my blog and in my stories.

You're right, we need to talk about these things, or we flounder in ignorance.

Donna, Emerald, & Craig. Been so busy "next door" that I forgot to come over here.

Donna, I'm betting a lot of parents would have more difficulty with that "shout out" game than the kids would.

Emerald, yes, you're right - I do believe that recognizing what you're doing (or not doing) is a huge step towards moving beyond whatever it is (if it needs that).

Thanks all of you for encouraging my "heavy duty" posts. It's funny, I never thing poorly of anyone else writing heavy stuff - but there's this nagging little voice - must learn to ignore it.

Yeah Craig, floundering in ignorance - sometimes I think many folks would prefer to flounder. I for one don't.