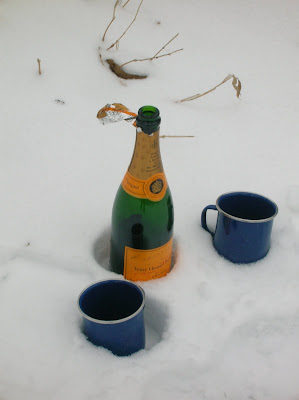 - dedicate myself to my writing: finish my novel; write more poetry, essays, erotica, and anything else that tickles my fancy; submit said work.

- get to my goal weight [edited] by summer - end of May, and stay there.

- exercise and walk in order to be in good shape by the time I reach my goal weight.

- finish my bow and get good at shooting it by spring.*

- learn to play my dulcimer.

This last one is the most important. Nothing else will matter if I don't do that.

*yes, I do archery

Email ThisBlogThis!Share to TwitterShare to FacebookShare to Pinterest
Labels: you say you wanna resolution 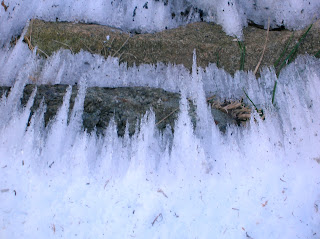 For various reasons, I feel like hibernating right now, even though today is warm and the snow is melting and the ground is muddy and soft. Winter has barely begun though. I've not been able to think of anything to write here, and so I think I'll just take some time to hibernate.
Posted by Erobintica at 1:53 PM 5 comments:

Email ThisBlogThis!Share to TwitterShare to FacebookShare to Pinterest
Labels: time for rest 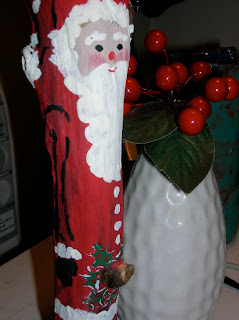 'Twas the night before

the night before Christmas...

and Santa's been busy

have you got your stockings hung?


Here's a song that I love from one of my Cyndi Lauper CDs - but her version isn't up on the tube - but this one's not bad...

and here's some jolly carolers...  gotta love The Wet Spots

A year of blogging

Last year, on December 13, 2008, I started this blog. My first post was titled Not quite a virgin blogger. I'd been participating in Alison Tyler's flasher contests and decided I wanted to have a "presence." Now, one year and 238 blog posts later, I'm still at it. Not as much lately, mainly because life has been ... interesting. But I still enjoy this strange way of writing and putting my words out into the universe.

My first comments came on January 5, 2009 post, when Jeremy Edwards and EllaRegina, two writers I admire, and who I would eventually meet "in the flesh," congratulated me on sending off my first official erotica submission. I love "comments" - both leaving them and getting them. It's a way to connect to people that is often misused, but it seems to me that the folks that leave comments on erotica writer's blogs (usually other writers) don't use that space to leave imbecilic, juvenile, rudeness.

Instead, we get into sometimes fun, sometimes serious discussions - see last winter's "moveable feast" that was conceived by Donna George Storey and Kirsten Monroe (now Gina Marie). It was great fun to travel to warmer, sunnier climes during those cold, dark, snowbound days. What was even better, friendships were formed. Craig Sorensen, Shanna Germain, Helia Brookes, Neve Black, Emerald, Sommer Marsden, and Nikki Magennis were all hosts. Some I've now met in person (Craig, Helia, Emerald) and the rest I hope to someday because they are all neat people. Some folks I "met" in the comments sections of this "blog tour" as well as others. Marina St. Clare is one, and she, along with Helia would help me start the Beginner's Ball series - see the sidebar for full line-up.

There's been all sorts of fun to be had during the past year:

The Blow Hard Tour 2009 - and my stop on the tour still brings me new visitors who land there while searching for "euphemisms for cock sucking" and various other fellatio-related searches (some are really off the wall too).

I became Alison Tyler's "button slut" - and today, while wandering NYC, I'm wearing a couple of festive ones on the lapels of my coat - Naughty on my left and Nice on my right.

That first story I submitted was accepted and published in Coming Together: Al Fresco.

One of P.S. Haven's inspired pieces of art inspired a poem. And then I got one of his prints for Mother's Day from my husband!

Alison Tyler interviewed me over at her Trollop Salon.

Alison also published one of my stories, Into The Whirlpool at her H is for Harlot blog (no longer available it seems - it's for "invited" folks only (I won't get started again on that whole debacle of blogger pulling the plug on some of her blogs).

Continuing on a theme... I trolloped myself (actually my husband did the honors).

There was much fire to be had at my stop on the Spicy Summer Sundays blog tour.

I did a three-part interview with artist Randy Lagana, who I've featured on my blog for most of the year. There's links to all parts in the sidebar.

Through a link on Alison's blog about a year ago, I was introduced to Stephen Elliott and The Rumpus and last summer I became part of the infamous "Lending Library" and later had the pleasure of hosting Stephen (which led to many interesting and ongoing changes in my life).

Nine months after first starting to enter Alison's flasher contests, I got a First Place!

I've let a lot of people know about this blog, but some I still haven't.

I've come a long way and made lots of friends (and sorry if you're not listed here - it's 11pm and I have to get up early).

This has been a life-changing year. And I need to thank every single last one of you who have read here, are reading here (not so many lately, haha) and will read here.

Email ThisBlogThis!Share to TwitterShare to FacebookShare to Pinterest
Labels: one year and a whole lot more

How Novel, it's been almost a year

So, last month was NaNoWriMo and though I got something started, about half way through the month, just as it started taking off, I ran in to all sorts of roadblocks - of the mental, emotional, or physical kind (like hitting a deer and having to deal with all that - still don't have my car back). But I like what I have so far and where it's going, so I've decided that's my winter project. In lieu of hibernating.

And I'm coming up on the one year anniversary of starting this blog, on Dec. 13. Guess I'll take some time to look back, and also to get a few items up that I've been meaning to do. Hard to believe it's been almost a year. Wow.
Posted by Erobintica at 2:24 PM 2 comments: