My life is going through a lot of changes these days. My oldest daughter got married. My other daughter is preparing to leave the country for close to a year. My son is getting ready to enter his final year of high school. I'm going through menopause (which sure has had an unfortunate influence on my erotica writing). Friendships are shifting and changing. What I do from day-to-day is shifting and changing. I'm not sure how I want to spend my time. There are lots of things that I "think" I  need to do ... because it's expected of me ... or I expect it of myself ... or I think others expect it. Many of those things are things that I want to do. I can keep myself plenty busy with all sorts of activities. But constant motion cuts me off from a lot. I realized that this past weekend up in Maine. My husband and I went up there, not to "work," but to relax (and maybe get some work done). I had a very hard time relaxing. Just being. I felt like I had to constantly be doing "something" even though deep down inside I didn't want to do any of it. 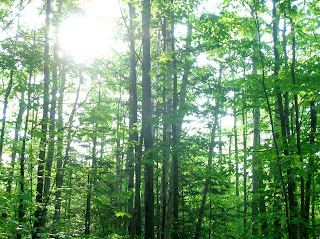 Maybe it's my age. Time is flying by. It's already half-way through August. It just was August, last year August, not too long ago. A lot has happened in that span of time. And nothing has really happened.

I woke from a dream this morning. I was going somewhere, walking along some sort of canyon. Red dirt. Dry. I wasn't alone, there were other people traveling with me. At one point someone wanted to show me something on a television. So I slid down the embankment, trying not to sink in the mud, to get to the television. What was on it was me, walking somewhere with other people. But I was younger, thinner, and I realized that I could never go back to that time. And it made me sad. Now that I have the awareness and knowledge to "make the most" of life, I no longer have the physical ability. Oh, I'm not old and decrepit, but I'm sure not a spring chicken anymore. And sometimes that hits a lot harder than other times. Right now I'm trying to pick myself up and dust myself off from this latest collision.

So, I'm not sure how much I'll be writing here. Oh, I will be, there are things I've committed to doing for here, but for the most part, until I figure stuff out, I don't want to be posting my tortured ramblings here.
Posted by Erobintica at 10:43 AM 5 comments: 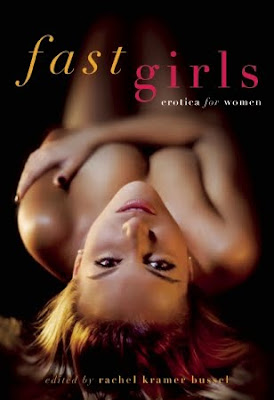 I've always admired "fast girls." Secretly, or not so secretly, wanted to be one. One of "those" girls.  Fast Girls, edited by Rachel Kramer Bussel, is filled with stories about "the girl with a reputation, the girl who goes all the way, and the girl who goes after what she wants–and gets it!"
Did anyone reading this ever look longingly at the prim and proper good girl and think to ourselves "I want to be her?" Noooooooooo. Well, at least I didn't. I wanted to be the girl in the boots with the skirt up to there and the neckline down to here with all eyes glued to her. Her ass, her legs, her breasts, her hair, all of her. Ha! Did I just say that???? Yeah, I did. Sometimes I am that girl (despite being old enough to be her mother). Because, as it says in the introduction to this anthology: "Fast is a (sexy) state of mind."
Isn't it true? It's more a state of mind than anything else.
One of the things that I really like about the stories in this anthology is that the women/"girls" in these stories are not all amazingly superslutwomen. They're human. They have their insecurities. They don't know-it-all. And they're not necessarily fast in the traditional sense of "promiscuous" but more as in holding fast to their desire.
And to tell you the truth, I'm not finished with the book. I've been savoring the stories, not plowing through them like fast food. I like the diversity of story-lines. I'm about half-way, getting ready to start "Confessions of a Kinky Shopaholic" by Jennifer Peters. A great title by the way. So far I've liked all the stories I've read, and I'm pretty sure I'll like the rest. That's how this collection seems to be. The Table of Contents and Introduction can be found here, at the Fast Girls blog.
So, how fast are you? If you are brave enough, in the comments, let us know just how fast you are, or have been in the past. Time to 'fess up. And if you wrote one of the stories in the collection, maybe tell us what you like about your "fast girl."
Also, Rachel says that she named the book after a song called "Fast Girls" by a band called Sarge. Here's one of my favorite "fast girl" songs, Stray Cats "Built for Speed."   What's yours?
Posted by Erobintica at 11:52 PM 5 comments:

Wednesday I'm one of the stops on the Fast Girls blog tour, so stop by tomorrow!
Posted by Erobintica at 7:42 AM No comments: 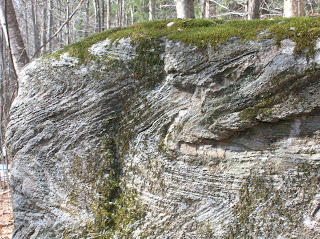 Mr. E has been out-of-town for a week. Gets damn lonely. We're not phone-sex/chat types. No, our calls are usually the fill-ya-in-on-mundane-stuff kind. Or not mundane as the case may be. We don't gush our longing on the phone, but it's there. We can hear it in each other's voices. I'll be picking him up at the airport tomorrow. I'm missing him.
Posted by Erobintica at 5:15 PM 2 comments: