Doing it in public...

...reading erotica that is.

I was one of those kids who would feel sick to my stomach if I had to get up in front of the class. Same thing in college. But when I became a mom, I suddenly found myself having to speak for my kids as well as other kids, and that was so important, that I found a way to squeeze past my fear of speaking in public. I led volunteer meetings for new & experienced breastfeeding moms for years. Spoke at conferences. But reading or performing your own work, your own words, is very different.

About twelve years ago I started going to a weekly poetry series. I was writing poetry at the time - lots of angsty stuff since I was dealing with some old issues, but not sharing it. Finally, after weeks of being asked if I wanted to read in the open mike, I got up the nerve to read a couple of poems. And I didn't go back for months it seemed like. But eventually I did go back. And eventually I got "used to" reading my work. Some of it.

Yeah. Shame. Our culture and society attaches such shame to anything to do with REAL sex, that some really weird things happen. We can have 10 story high advertisements on the sides of buildings for underwear [no sex there, just move along folks], but try to have a beautiful black and white photo of a naked couple curled up together on the cover of an erotica anthology, and that behemoth online book sales place has a conniption fit. If you look over to the right, on the sidebar (you may need to scroll), there is a picture of Susana Mayer's SenSexual: A Unique Anthology. Those are the images used on the combined Vol. 1 & 2. That's the images as they should be. These photos were done by Arnold Skolnick, who created the iconic Woodstock poster.

But then look here - at the heart that had to be added in order for this cover to be able to be listed. When the volumes are split up [to be sold separately], the one image was deemed too explicit.

What's wrong with this picture? A somewhat rhetorical question. ----->


And then the images had to be edited for inclusion in a press release [below]. ??? What is wrong with the world? Another rhetorical question.

What's this all have to do with reading erotica in public? Only this - we create our own shame. Once you've read something in public that bares some quite innermost thoughts, and THE WORLD DOES NOT END, and people actually come up to you and thank you for reading whatever it was you read,
you start learning that it's possible to make a small difference in the world.

I  have a real problem with shame. That sentence can and should be interpreted in many different ways.

When I read my story from Joan Price's Ageless Erotica on Saturday night, I will be wearing my FUCK SHAME necklace, of that you can be sure. And there will be pictures.


Posted by Erobintica at 9:54 PM No comments: 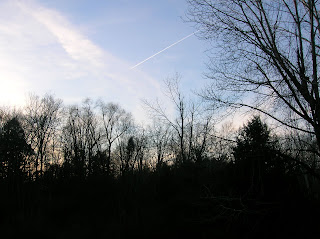 Last night I started writing a post that I'm calling "Gettin' it on again," but I got interrupted by a phone call and by the time I got off the phone, my train of thought was derailed. So I saved it in drafts to finish today. But this morning I took a walk and realized that I have to write this post before I go jumping back into doing this Erobintica thing regularly.

There's a reason I didn't update this blog for about five months. Reasons, plural, really. At first it was because I was working on a novel-in-progress. Also, I was distracted by various things going on in my life that were not blog fodder, and they overshadowed those things that were (erotica acceptances, for example). And then my self-doubt about being a "real" writer decided to raise it's medusa head (so many reasons).

But then, in December, something horrible happened, very close to where I live. Where I live. The word many of us use to describe everything that happened–and still is happening–is "surreal." We're just now peeking out from under the cover of shock.

I'm beginning to understand the phrase you have to redefine "normal." And for me that includes my writing. I was working on a novel. I've yet to be able to go back to it, because I don't want "all this" to become my characters' story. And also, old negative messages about creativity that I grew up with, came screaming back. So, for a bit, I was paralyzed.

Write erotica?
How the hell?
Write at all?
How?

The first few weeks of this year were pretty bleak. But I went searching out help, and wow, the things ya learn about yourself.

So, yeah, I'm starting to write again, and crawl out of my snail shell. And I know that nothing I write from here on out will be untouched. And I'm coming to terms with that. This isn't the first time I've had to come to terms with changes brought about by examining what lay behind me on my path.

I don't know how I've been changed. Only time will tell. And with that said, I can move on, at least here.
Posted by Erobintica at 2:05 PM No comments: