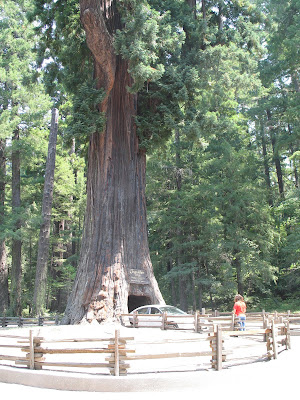 Hehe. Now that I have your attention...
According to my dictionary widget:
perversion (not gonna type the pronunciation because I don't know how to make my letters do those things)
noun
-the alteration of something from it's original course, meaning, or state to a distortion or corruption of what was first intended
-sexual behavior or desire that is considered abnormal or unacceptable
Origin late Middle English: from Latin perversio(n-), from the verb pervertere - 'turn around'
(or another source says it means 'to corrupt').
I keep wishing I'd taken Latin.
From The Bald-Headed Hermit and the Artichoke - An Erotic Thesaurus, I found these euphemisms - though it's funny, pervert/perversion is not really a word that's generated a lot of them - maybe because the word itself is not one that is considered perverted.

Personally, I don't think most of these fall under the definition of euphemism - other than maybe gooner, panty thief, or watson (I was not able to find an explanation of that one in a few minutes googling - now I'm really curious). Many of the words seem judgmental (I know, I know - many people are) - and I'm sure that the continuum has folks considered kinky by some thinking someone else is really into sick shit and that person thinks another is even more warped.
At the somewhat recent eroticist's dinner, it struck me that as "normal" as we all seemed, many many many people would consider us perverts. I think we'd all wear that badge with pride. Maybe it's because we've thought about it so much while writing that we're more sure of ourselves (in other words, we don't think we're unhealthy) and more aware of the great variations in what turns one on and pops one's cork (yeah, more euphemisms).
Guess we're all just twisted.
Posted by Erobintica at 11:16 AM

I thoroughly enjoy being pervy!

This cracked me up. Yep, I suppose I've known about my dirty, little pervert secret for a long time now.

God, isn't it great meeting others we can relate to. Perverts anon no more! I wear my badge with pride too. :-)

LOL, this is great, Robin. I don't mind being a perv. I think that I rather like it. It gives me a place in my mind to go to when real life is desperately boring.

and I love that you got nonuts, Harrison - that is soooo funny.

thanks everyone for commenting - I'm trying to get back to posting more fun, interesting stuff.

Oh, and Neve (I accidentally deleted this line when I changed the one above it (I thought of the PTO line later)

I think we need to have that button made if it doesn't exist.

One man's (or woman's) perversion is another's adventure.

I suppose measured against many people's standards I'm a sick puppy because of what I write.

I'm okay with that, and glad to be among others who feel likewise!

Thanks Craig, you sick puppy you. ;-)

Hah - it's true. All the smutwriters I've met look like ordinary prople you'd stand next in a bus queue any day, including me of course.

It's the quiet ones you have to watch out for...

It's the quiet ones you have to watch out for...

hehehe, so true so true