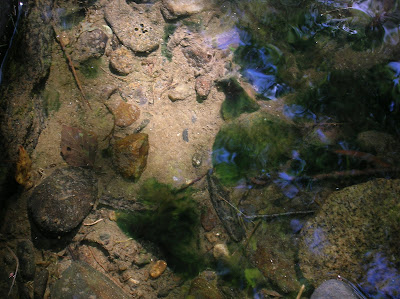 The Nickname
It's missing, the actual email.
The one before it and after, saved.
Both sent the same day.
So I do know when. But I can't look
at it and remember.
But I remember.
So clever. Memorable.
I was thrilled. Nobody
had ever given me a nickname
before. Oh, I'd been called names,
but no sobriquet, used with affection.
So, without knowing it, she named
a part of me that had long been living
in the shadows, afraid, ashamed. In that naming,
came strength, a braveness that had not known
the light of day.
Tonight, on the eve of the anniversary
of her leave-taking, I think of her. Miss her.
She knew there was only one.
Posted by Erobintica at 10:12 PM

I love, especially, the last line.

Blessings and reverence and thanks for sharing this.